A single pole, or how there is more to polar research than glaciers: recreating the globe from billions of years ago

Ancient supercontinents, superminerals and superchallenges are the topic of our discussion with Monika A. Kusiak, the initiator and main investigator of a research project funded under the GRIEG call for proposals, whose execution began on 1 October 2020.

Read more A single pole, or how there is more to polar research than glaciers: recreating the globe from billions of years ago

POLES AT THE POLES, Part 2: The South

During the 4th International Geographical Congress, held in 1895 in London, president of the Royal Geographical Society Sir C. R. Markham delivered a speech in which he called on the researchers to devote all their efforts to scientific exploration of the area surrounding the Geographic South Pole. What followed was a major increase in research activity in the south polar region and it was then that Polish scientists entered the Antarctic scene.

Read more POLES AT THE POLES, Part 2: The South 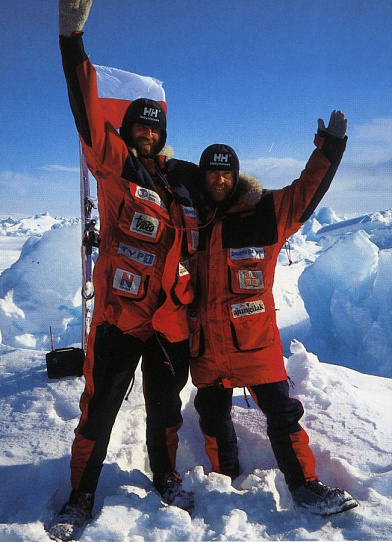 POLES AT THE POLES, Part 1: The North

Poland lies far from the Arctic and, when polar exploration was at its very peak, it didn’t even exist as a country. And yet, despite being scattered far and wide, many Polish researchers took active part in exploratory activity in polar regions. The most popular among them was Northeast Asia, or – more specifically – Siberia, Kamchatka and Novaya Zemlya. Only a few were active in Northern Canada and Greenland, and even fewer made it to the Antarctic. When Poland regained independence, many researchers returned to their homeland and successfully continued their polar studies.

Read more POLES AT THE POLES, Part 1: The North What stirs in the ice? A brief introduction to mysterious creatures living on glaciers

Hardly a day goes by without new media reports on climate change and melting glaciers. We have all seen footage of enormous drifting icebergs, images of rapidly shrinking glaciers and headlines trying to draw public attention to potentially catastrophic consequences of vanishing ice. The times we live in are marked not only by the Great Melt, but also by what is known as the Sixth Mass Extinction, which is a widespread and rapid disappearance of a large number of species due to human activity.

Read more What stirs in the ice? A brief introduction to mysterious creatures living on glaciers From the poles to the stars

What’s the point behind space exploration? How to justify astronomically expensive space missions? There are many who claim that we should, quite literally, keep our feet on the ground and focus on more down-to-earth projects rather than “waste” our energy on achieving the ambitions of visionaries (or narcissistic charlatans) like Elon Musk. Unwittingly, such claims are often made with the use of technologies which can be easily traced back to space programmes. So what is the point behind studying the universe? It can’t be just to admire blue sunsets on Mars (which the Red Planet owes to its thin and dust-filled atmosphere, which diffuses light differently than the atmosphere on Earth).

Read more From the poles to the stars The aurora, or what lights up the polar night

Neons up in the atmosphere

Auroras, or the polar lights, are magnificent light shows held in the Earth’s atmosphere. The curtains of shimmering light stir the imagination and feature prominently on people’s bucket lists. What causes this remarkable phenomenon and why is it so much more common in the polar regions than in the tropics? Can we ever hope to see it in Poland? What are the colours of the polar lights and why do they die down only to light up again a moment later?

Read more The aurora, or what lights up the polar night