POLES AT THE POLES, Part 2: The South - Edu Arctic

POLES AT THE POLES, Part 2: The South

During the 4th International Geographical Congress, held in 1895 in London, president of the Royal Geographical Society Sir C. R. Markham delivered a speech in which he called on the researchers to devote all their efforts to scientific exploration of the area surrounding the Geographic South Pole. What followed was a major increase in research activity in the south polar region and it was then that Polish scientists entered the Antarctic scene.

The year 1897 marked the beginning of the first Belgian Antarctic expedition – the voyage of the Belgica – under the command of Adrien de Gerlache. Its aim was to study the coast of Antarctica lying south of South America and the expedition team included two Poles: Henryk Arctowski and Antoni B. Dobrowolski. Ice conditions forced the expedition to overwinter off the coast of the Antarctic Peninsula, a feat which had never been accomplished before. The following season (1898/1899), an expedition led by Carsten Borchgrevink went a step further and overwintered on Cape Adare, on the continent of Antarctica.

As was the case with the North Pole, the first conquerors of the South Pole (Amundsen 1911, Scott 1912) for many years remained its only conquerors. Almost five decades had to pass before another expedition – the Commonwealth Trans-Antarctic Expedition – made it to the pole. Led by Sir Vivian Fuchs and Sir Edmund Hillary, in 1958 the team completed the first overland crossing of Antarctica, from the Weddell Sea via the South Pole to the Ross Sea.

In 1957, as part of the effort connected with the International Geophysical Year, the Amundsen–Scott South Pole Station was established by the Americans close to the South Pole. The station is still there, but it does not offer shelter or support to non-scientific expeditions. This is why another base can be found nearby – a seasonal camp run by Antarctic Logistics and Expeditions, which caters to non-scientists, who head to the pole in ever greater numbers. In order to join the ranks of the Conquerors of the South Pole, one must start their journey towards it at the edge of the continent. What is also taken into account is whether the journey is completed with outside support (such as the airdropping of supplies and fuel or mapping out the route on the basis of aerial reconnaissance) or without it (relying solely on own resources and weather forecasts).

The first Poles to reach the South Pole were guests of the Amundsen–Scott Station – reporter Czesław Nowicki (in 1961) and professor Stanisław Rakusa-Suszczewski, a biologist and Antarctic researcher who later spent many years managing the Henryk Arctowski Polish Antarctic Station (in 1974). Another guest, although a lot more random than the first two, was Wojtek Moskal, known for his activity in the Arctic. He was overwintering at the Greenpeace base on McMurdo Sound (1987/88), when Australian pilot Dick Smith made an attempt to reach the pole on board a small plane. The Greenpeace base supported the Australian by allowing him to land in their vicinity on his way there and back, and by supplying him with fuel. To repay their kindness, Smith took two people from the base to the pole. One of them was – you guessed it – Wojtek Moskal.

In 1959, Poland received from the Soviet Union a research station located in Bunger Hills. The station, which was initially known as the Oasis, was renamed as the Antoni B. Dobrowolski Polish Antarctic Station. Unfortunately, due to financial and logistical difficulties, it was soon closed. Polish researchers visited it again in 1966 and the last expedition took place in 1978. Work is currently under way to bring the station back to life. Meanwhile, in 1977, a Polish research station known as the Henryk Arctowski Polish Antarctic Station was established on King George Island, off the coast of the Antarctic Peninsula, an event which enabled continuous development of polar research in the Antarctic.

Let us go back, however, to the Geographic South Pole. In 1995, Marek Kamiński reached the pole on foot without outside support. In spring that year, together with Wojtek Moskal, he made it to the North Pole, and in autumn he began a solo journey to the South Pole. He started at Berkener Island, lying at the edge of the Weddell Sea continental shelf, and in December 1995 he stood at the pole. This made him the first person in history to reach both poles in a single calendar year, a feat which has so far been repeated only 5 times! In the list of the Conquerors of the South Pole, where number 1 is Roald Amundsen, Marek Kamiński is number 152.

The following year Kamiński made an attempt to traverse Antarctica. He started, once again, at Berkener Island and planned to reach McMurdo Sound via the South Pole. Not long after setting out, when trying to use a paraglider as a sail for his sledge, he had an accident. Badly bruised, he considered giving up, but after a few days’ rest he felt well enough to resume his journey. Weather conditions were a lot worse than the previous year and the sledge a lot heavier (as it held food for twice the distance). No wonder therefore that Kamiński made it to the pole exhausted. He rested for two days before setting out again, but three days later he gave up and returned to the pole, where he caught a plane to Punta Arenas. He was once again added to the list of the Conquerors of the South Pole, this time as number 176. This means that within a single year the pole had been reached by 14 people.

Kamiński’s third time at the pole, in 2004, was part of the initiative “Razem na biegun” (“Together to the pole”), started earlier that year in the Arctic. Having reached the North Pole in spring, Marek Kamiński, Jasiek Mela and Wojtek Ostrowski flew to Patriot Hills in Antarctica and then to a spot lying about 187 km from the pole. They covered the distance manhauling all the necessary food and equipment and got to the pole at the end of December 2004. This made Jasiek Mela the youngest person in history to make it to both poles within a single calendar year. His disability made the achievement all the more special! Apart from being a huge personal success, the expedition provided extra impetus to non-profit organisations run by Jasiek and by Marek Kamiński.

The next Polish person at the South Pole was Rafał Szczepanik, who reached it in 2009 as a member of an international team of four. Having started their journey deep in the continent, the team had to cover about 200 km.

Whether to head for the North Pole (and do what Wojtek Moskal and Marek Kamiński had already done) or attempt a solo expedition to the South Pole was a no-brainer to Małgorzata Wojtaczka, who set out from the Hercules Inlet situated at the edge of the ice shelf in the Weddell Sea and reached the South Pole on foot without outside support. She was the first Pole and the twentieth woman to achieve it and, at the same time, the 372nd person at the pole.

Two years later, Jacek Libucha took the route leading from the Union Glacier Camp located (once again) at the edge of the ice shelf in the Weddell Sea. Without outside support but with fine weather, he got to the pole in 53 days. At the time of writing his name had not yet been added to the list of the Conquerors of the South Pole.

Antarctica has its own polar marathon taking place in the vicinity of the Union Glacier Camp (which is nowhere near the Geographic South Pole). Polish runners have participated in this event since 2008 and – as is the case in the Arctic – often with good results.

February 2020 saw the sixth edition of World Marathon Challenge, an extreme running event which involves completing seven full marathons on seven continents in seven days. The participants rest during flights and run in radically different conditions, ranging from polar to tropical. This time the Antarctic race took place not far from the pole, in the area of Novolazarevskaya Russian Research Station. The three Polish runners who took part in this year’s edition did an excellent job, with Miłosz Pasiecznik finishing first, Łukasz Urbaniak – sixth and Krzysztof Stępień – tenth. 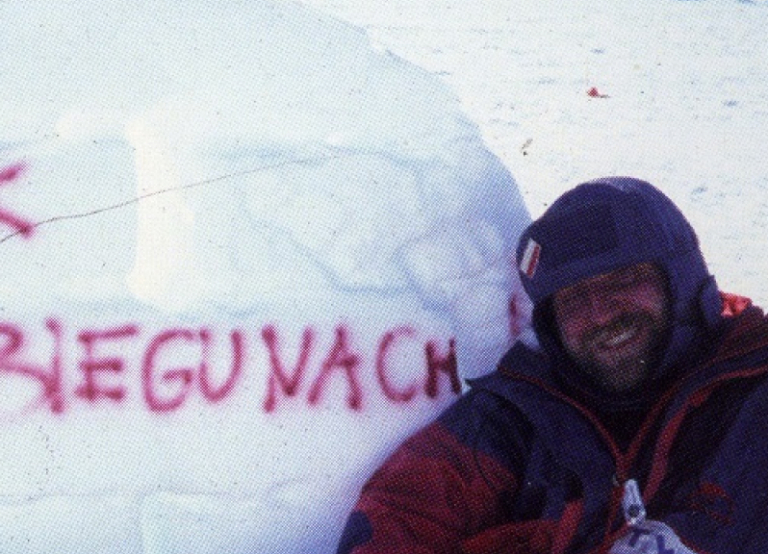 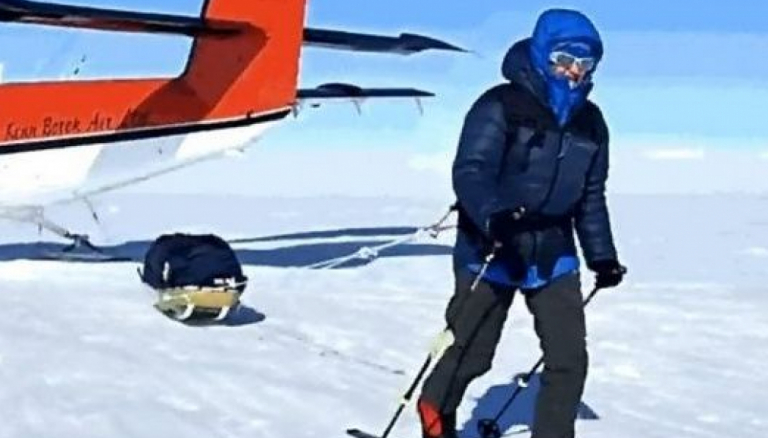