Water from thousands of years ago - Edu Arctic

Water from thousands of years ago

One of the greatest scientific challenges in Svalbard is reaching liquid water found in the region’s subglacial lakes – an issue which we’re discussing with prof. Piotr Głowacki, a glaciologist who spent many years as the manager of the Polish Polar Station in Spitsbergen.

We’ve been doing research in Spitsbergen for over 60 years. What great challenges are yet to be taken up by scientists?

There are two major tasks ahead of us. The first is to check and analyse what will happen when the ice accumulated at the end of the Hornsund fiord, which separates the Greenland Sea from the Barents Sea, melts away. The second challenge, which has been on the agenda for about 15 years and still remains unresolved, is to reach liquid water in subglacial lakes found under Svalbard’s ice caps.

Is liquid water in subglacial lakes a globally unique phenomenon?

More than 20 years ago, subglacial lakes were found in Antarctica, at a depth of over 3000–4000 m. The largest of them – Lake Vostok, discovered in 1996 – took over 15 years to drill to. The first subglacial lake in Svalbard and, by the same token, in all of the Arctic was documented by an international team comprising scientists from Spain, Norway, Russia, Italy and Poland. What they found was a lake located under Amundsenisen Icefield, which lies a mere 45 km from the Polish Polar Station Hornsund. The lake is rather small. Estimates suggest that it may be up to 50 m deep, with the icefield above it being about 600–610 m thick.

How was this subglacial water discovered?

For many years I travelled by snowmobile between the Polish Polar Station and Longyearbyen, which is Svalbard’s administrative centre. The surface of ice caps crossed on the way is often uneven due to the wind, which sculpts the snow, forming irregular ridges and grooves. The features are known as sastrugi and are a serious nuisance for snowmobile riders. When crossing a section of Amundsenisen, however, I repeatedly noticed that the area was much easier to travel through as the irregularities were not there. I thought that the reason behind it might be that sastrugi become partially flattened because the ice is floating on top of something.

In Antarctica, Lake Vostok was discovered based on the analysis of seismic data and aerial photographs, followed by satellite measurements. The surface of ice in the area was also relatively smooth.

How can the presence of liquid water be confirmed?

When it comes to scientific techniques, the best are seismic and ground-penetrating radar (GPR) methods. From the 1950s to 1970s, ice sheet studies involved mostly seismic methods. GPR methods, which are a lot easier to implement, became widely used in the 80s and 90s. Today, they are commonly adopted in glacial studies, as they are cheaper, minimally invasive, and allow high-resolution imaging. Radio waves sent by a radar reflect off ice layers but not off water, which absorbs the majority of them. This makes it possible to find glacial channels, water-filled spaces, empty spaces and rocks dragged by the glacier. When the ice is saturated with water, the degree to which radio waves are absorbed depends on wave frequency. Ground-penetrating radar surveys conducted in Amundsenisen Icefield provided us with a highly accurate image of the valley underneath. Its slopes were varied and a flat bottom  was clearly visible in one section. We studied the area further, making a grid with GPR survey lines every several dozen metres. Once we had processed the data, we received an image of the valley where the lake is located and could therefore determine its dimensions. We assessed the lake to be about 10 km long, less than a kilometre wide, and roughly 50 m deep.

Having analysed lakes situated in other Spitsbergen valleys, where glaciers have already retreated, we know that they are much like our subglacial lake – narrow with the depth of approximately 50 m. Moreover, an Italian team dealing with mathematical modeling delineated the slopes of the valley and prepared a hydraulic model demonstrating how liquid water affects the ice above and how the lake may be fed with water percolating (or seeping through the ice) from the surface.

What can the water teach us?

First of all, we need to drill through to reach it. It is a lot harder than in Antarctica, because the ice in the area is polythermal, which means its temperature varies and may sometimes reach 0°C. For this reason, boreholes will close much more quickly than in Antarctica, where cold-based glaciers prevail. In Antarctica, the process of borehole closure is rather gradual. In Spitsbergen, it is much quicker and – to make things even more challenging – its rate varies with depth.

If we want to analyse water samples, we must make sure the water does not get contaminated. This is why special conditions must be met during ice drilling. Thermal drilling with hot water, for example, is out of the question and so is filling the borehole with antifreeze solutions.

When ice drilling in Antarctica, scientists removed ice cores, which they later used to analyse the changes which had occurred over the past several hundred thousand years. Ice cores collected in Spitsbergen won’t be that useful due to the above-mentioned polythermal character of glacial ice. Consequently, a much greater scientific value is placed on water samples themselves and subsequent analyses aimed at determining the water’s age.

The water may have been sealed off since the penultimate glaciation of Scandinavia, which is to say, for the last 20 000 years. After the last glacial period, Europe gradually entered the so-called post-glacial climatic optimum, estimated to have started about 5000 years ago. Some scientists claim that the period saw the disappearance of ice sheets as far north as Spitsbergen. If, therefore, the water extracted from under Amundsenisen Icefield is about 5000 years old, we will have clear evidence that climate warming in the northern hemisphere did indeed reach the Arctic.

If the water turns out to be over 20 000 years old, it may contain living organisms, whose life processes slowed down when the water became sealed off under the ice sheet. If they are there, we may compare them to modern organisms found in Svalbard’s waters and thus gain a fascinating insight into their evolution over the years. This will make it possible to determine the rate of evolutionary change in Arctic conditions and in the presence of climate change.

For all we know, the water may be even older than that. It may come from the previous climatic optimum in the northern hemisphere, in which case we’ll have a chance to analyse evolutionary changes which have taken place over approximately 125 000 years! Liquid water in Antarctica is at least a million years old, but the conditions over there are very different and the ice sheets separating subglacial lakes from the outside world are a lot thicker.

What needs to be done to reach the lake?

Preparations are bound to take several years. The team is going to need thorough theoretical knowledge and appropriate equipment. Drilling would best be done in spring, when the temperature is about -30°C, as this would give the team more time to safely process the ice cores, describe them, transfer them to the Station and freeze them in low temperatures to make sure no changes occur within them.

Moreover, we must remember that the target area lies within the boundaries of a national park, where a number of restrictions apply. So even if we obtain the necessary funds and put together a sufficiently skilled team, we still need to convince Svalbard’s authorities that the scientific outcome of the procedure is significant enough to justify a potentially adverse impact on the environment.

Liquid water is covered by approximately 600 m of ice. This means that the pressure down there equals about 50 atmospheres, which also has to be taken into account during the drilling process.

In Antarctica, reaching subglacial Lake Vostok took, all in all, 15 years. To keep the borehole from freezing, the team filled it with Freon and aviation fuel. Initially, only ice cores were extracted, as researchers didn’t want to risk contaminating the waters of the lake. It was several years later that they finally worked out a safe method and drilled all the way to the lake using a very thin thermal drill. Once the ice was drilled through, the water pushed the kerosene back up to the height of several hundred metres. The water sample was taken not directly from the lake, but from the water column pushed up through the borehole.

In Spitsbergen, water is warmer than in Antarctica, so collecting an ice sample is not going to work. We may have to use a thermal micro drill, which sinks into the ice slowly enough for the melted water to freeze again above it. This should make it possible to avoid contamination. The drill would be equipped with sensors, so – once it reached liquid water – it could measure its pH, conductivity and the concentration of ions with the use of ion-selective electrodes.

Taking an actual water sample would only be possible at a later stage, when the borehole has been thoroughly cleaned, and would involve the application of a special capsule.

Due to an enormous cost of the enterprise – from 3 million Euro (at the very least) to even 10 million Euro (if more studies are to be conducted) – the project has been waiting for funding for several years. In the meantime, subglacial lakes were found in Greenland at a depth of about 1000 m. First scientific reports concerning Greenland’s subglacial lakes were published last year. Even though it was our discovery in Svalbard that confirmed the presence of liquid water under the ice sheets of the northern hemisphere, the event did not receive that much publicity as the attention of the media was focused on other scientific discoveries made in the period. 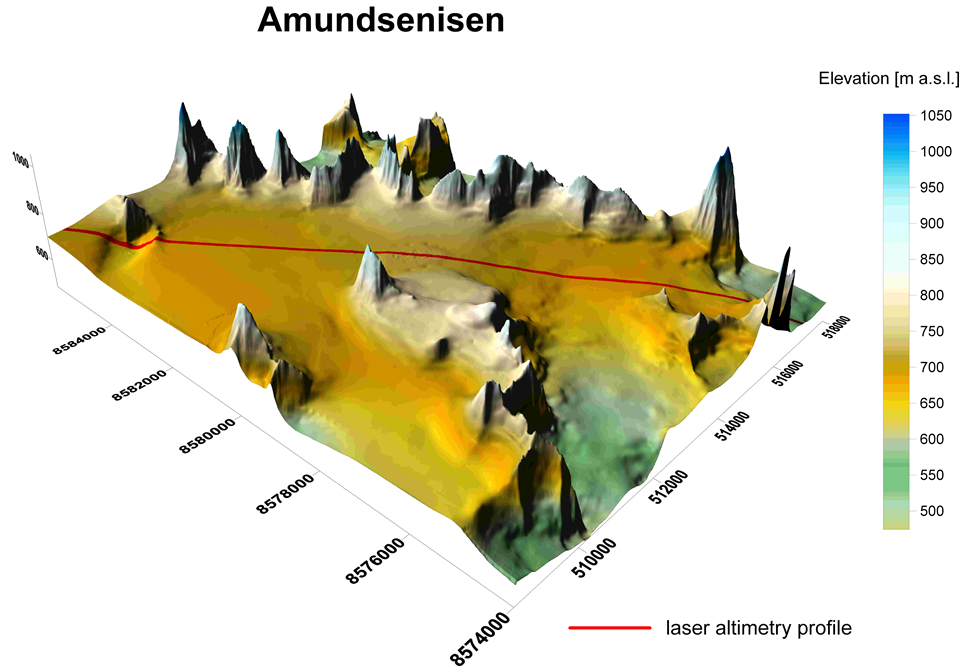 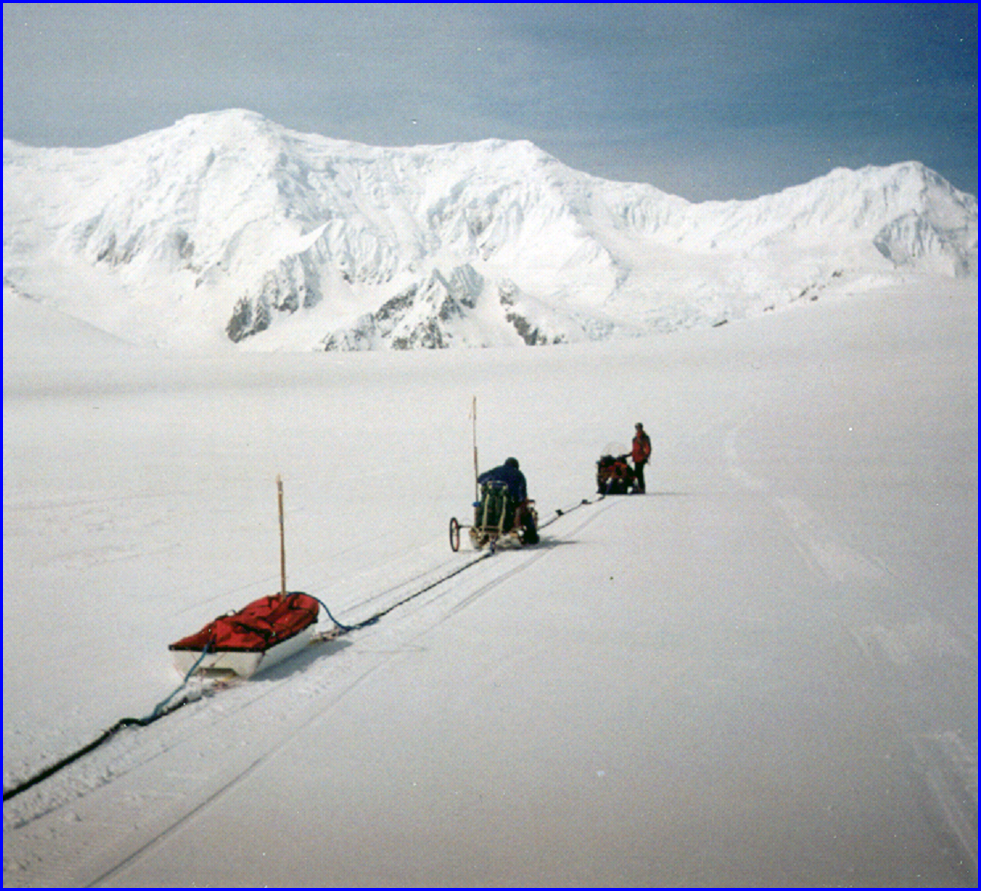 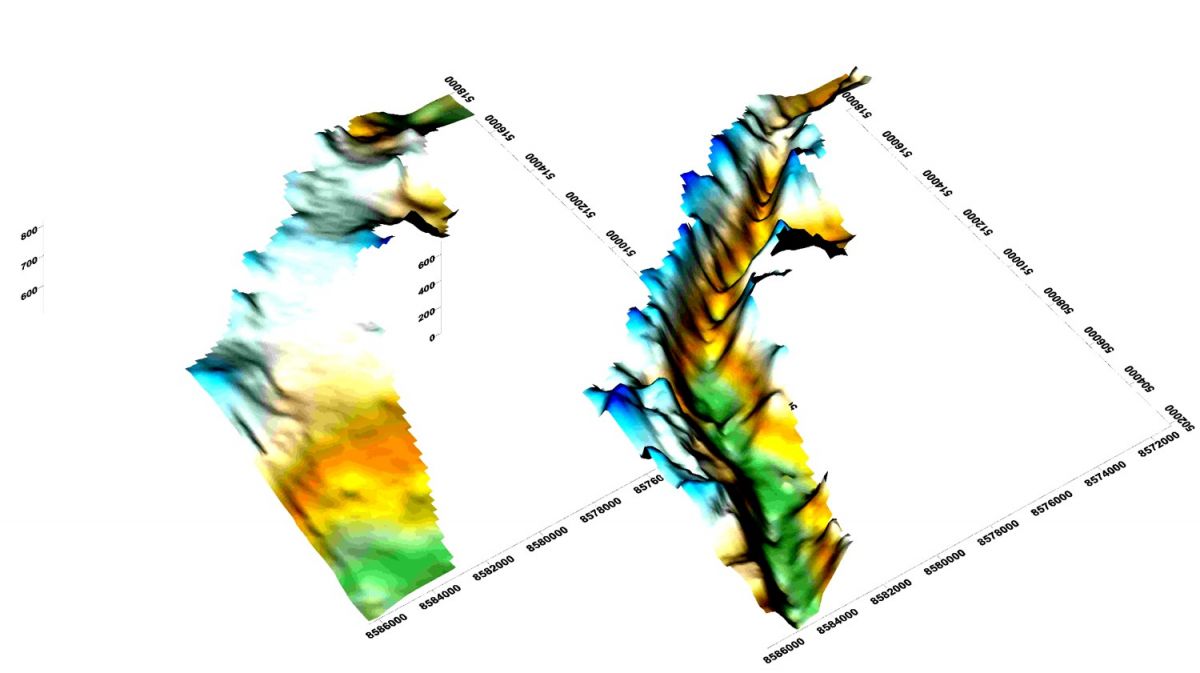 Topography of the valley